When curling your hair, it is really important to take steps to ensure you prevent damage. The problem with very hot items is that they emit positive ions which cancan ruin the hair by drying it out and causing breakage. Tourmaline, a semi-precious stone, is often fused into the barrels of high quality curling irons.

At a Glance: Our Top Picks for Tourmaline Curling Irons

What is Tourmaline and Where Does it Come From?

Tourmaline is a semi-precious gemstone. It is a crystalline boron silicate mineral that originates from Sri Lanka. Its name is derived from the Sinhalese word ‘Thoramalli’, a name given to a specific group of gemstones from Sri Lanka. During its history, it has been used for a variety of different things. Its beautiful iridescent coloring has led to it being used in jewelry and accessories. It has also been said to have medicinal properties, helping to strengthen the immune system and ease mental stress. Black versions of tourmaline as often used as a natural insecticide. When it comes to hair care, tourmaline is added to the barrels of curling irons and the blades of flat irons in order to reduce frizz caused by positive ions.

Why is Tourmaline Used in Hair Irons?

Tourmaline has the natural capacity to emit negative ions. Very hot electrical appliances produce an abundance of positive ions. When these positive ions hit the hair, they open the cuticle, releasing the moisture locked inside. This can dry the hair out very quickly, leaving it frizzy and brittle.

Tourmaline is crushed into a fine powder when added to hair curlers and flat irons. By crushing it into a fine powder, this enlarges the surface area, allowing higher numbers of negative ions to be released, in order to prevent the bad effects of positive irons. The negative ions that are emitted by the tourmaline neutralize the positive ions and keep the cuticles closed. This locks in the moisture, producing a smooth, shiny effect on the hair. Often, curling irons will refer to ionic or nano-ionic technology. These are the same thing. This refers to a secondary effect of tourmaline. The negative ions emitted by the tourmaline break up any water molecules into much smaller particles. This allows the hair to absorb them more easily, keeping the hair hydrated, creating moisturized, luscious locks.

In a hurry? Here are the best tourmaline curling irons:

These are the best tourmaline curling irons. Let's see what makes them stand out: 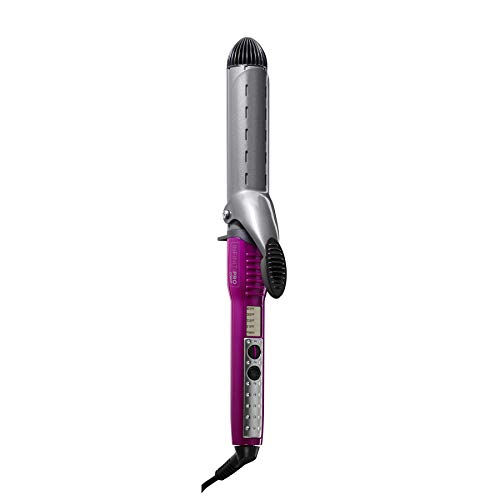 This model has a 1 ¼-inch barrel made of ceramic. It features 5 heat settings, with a high of 400F, heating up in 30 seconds. It is 16 inches long and works with a ceramic heater. 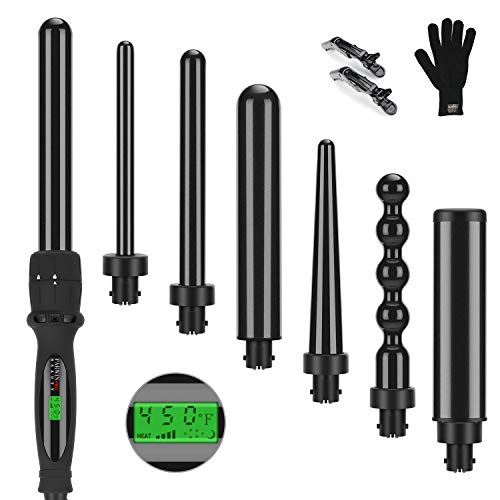 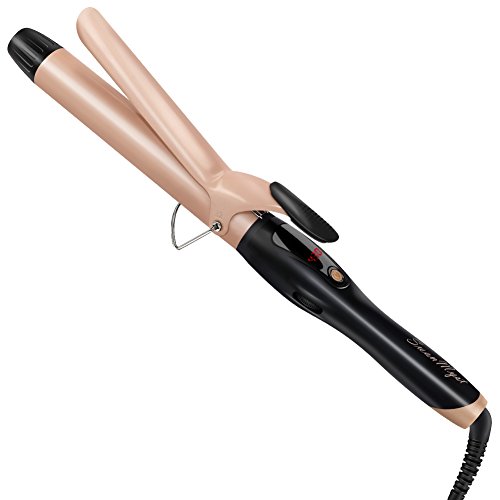 This curling tong features a 1 1/4 -inch ceramic-coated barrel. It comes with two grips and a heat-resistant glove. It has 19 heat settings and an extra-long cool tip. 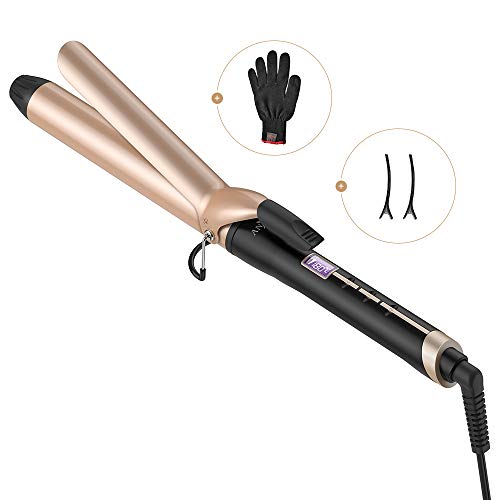 Featuring at 1 ¼-inch ceramic-coated barrel, this curling iron comes with a heat-resistant glove and two clips. It has heat settings that range from 200F to 410F and has an 8-foot swivel cord. 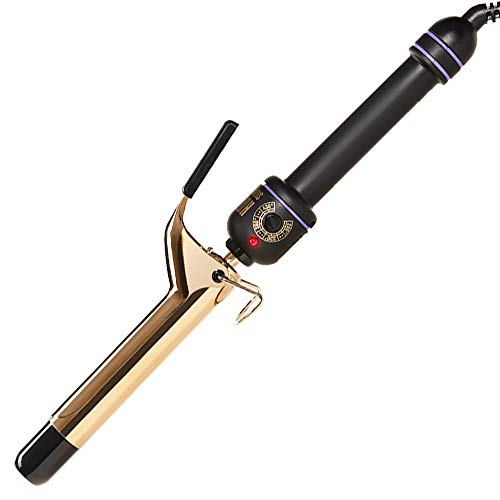 This iron comes complete with a heat-resistant glove and a foldaway safety stand. With a ceramic barrel, this model features an extra-strong grip clamp, heavy-duty heating element, and reaches highs of 450F.

Finding a curling iron with tourmaline technology will really help to protect your hair from the damage of positive ions. When curling your hair, you put it in danger of dehydrating, causing brittle strands and an overall frizzy look.

Barrels that incorporate tourmaline particles help to prevent this and put moisture back into the hair, which creates a smooth finish and moistures locks. Do not get confused between ceramic and tourmaline, as they are different. Tourmaline is an addition to ceramic barrels; having both creates the sleek finish you desire due to the even heat distribution, the influx of minerals and the neutralization of positive ions. 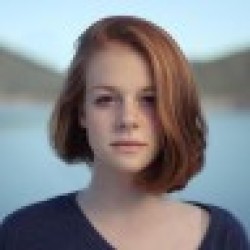 Hi I'm Emilia! I like to think of myself as the "crash-test-dummy" of the hair world. Whether that means testing out the newest curling iron or going with fresh hair styles. I like to mix it up. I share my thoughts on Caffe Hair based on my first hand experience!